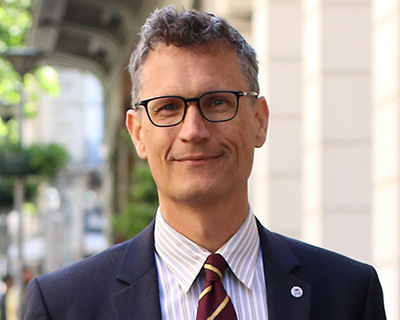 It’d better be sustainable and inclusive!

Dr. Michiel Kolman is Senior VP and Academic Ambassador at Elsevier and former President of the International Publishers Association (IPA) where he now chairs Inclusive Publishing and Literacy. Michiel also serves on the Federation of European Publishers (FEP) board.

During his tenure as president the IPA launched the SDG Book Club together with the UN and supported by key players across the book industry. More recently he was instrumental in launching the SDG Publishers Compact, another IPA – UN collaboration.

Since joining Elsevier in 1995, he has held various core publishing roles in Amsterdam and Tokyo. He launched one of the first online journals in the industry in 1996: New Astronomy. Michiel was Managing Director in Frankfurt, Germany. For 10 years, he spearheaded academic relations for Elsevier, building up a global network of ambassadors engaged in strategic discussions with research leaders. Today he continues to engage with research and government leaders in his role as Academic Ambassador for Elsevier.

Prior to Elsevier, he worked for Wolters Kluwer in a division that is now part of Springer Nature. He holds a degree from Leiden University in the Netherlands and a PhD in astrophysics from Columbia University in New York, where he studied with a Fulbright scholarship.

Michiel is co-chair of Workplace Pride supporting LGBTIQ+ workplace inclusion internationally. He is the executive sponsor of Elsevier Pride and was listed two years in a row in the Financial Times’ Top 100 ranking of most influential LGBT senior executives. He supports inclusive publishing, e.g. through the Accessible Books Consortium at WIPO where he served several years as vice-chair.